How do yourself and Dee manage building a startup with being parents?

In so many ways, it was a real gift, as how many dads get to spend pretty much the whole first year with their baby daughter while embarking on an incredible adventure with their soulmate.  It’s something I’ll treasure for the rest of my life.

I absolutely love working with Dee.  I can honestly say a day working with Dee doesn’t feel like work!  She’s a brilliant people person, so that’s useful in a startup focused on people.  We’re both deeply curious and creative, so brainstorming with her is the best part I’d say.

How did two accountants end up in a travel startup?

Maybe the right question is how did two very extroverted travel enthusiasts end up in accounting in the first place!  I ended up in accounting as I wanted to learn the language of business.  My true passion was always culture and travelling to other countries.  I just love meeting people from other parts of the world.

What is your other passion?

Rugby.  I’ve always been a big rugby fan although I was never any good playing it!

How many languages do you speak?

I speak fluent English, French, German and Dutch.  I also speak some Spanish and Irish.  I really want to go back and learn Irish properly in the years to come.  It’s a real treasure to be able to speak your native language, and we’re blessed to have it.  It can also come in handy when you’re abroad and you don’t want anyone to understand you!

We’re not the best in Ireland for speaking foreign languages, what’s the best advice you’d give to anyone trying to learn a new language?

Especially if you’re the shy type (which most of us Irish are when it comes to foreign languages), try not to worry about making mistakes and just go out there and give it a go.  The locals where-ever you go always appreciate you making an effort.  Listening to podcasts or the radio in that language will help, but nothing replaces interacting with people who speak that language.

Why is CultureMee an Irish company?

The biggest gift we were given was our Irish culture and we’re hugely proud of our Irish and European heritage.  Don’t forget Ireland has a long history of immigration and emigration through all corners of the world, so we have a rich experience of different cultures.

The easiest route would have been to move over to Silicon Valley, where it would be easier to raise investment, but we wanted to base ourselves in Ireland, where we’ll be moving back to early next year, to try and grow a successful Irish business.

There are lots of B2B startups in Ireland, but actually very few B2C startups that have scaled, so it’s definitely a challenge.  But we firmly believe we’ve got a chance to do something special with CultureMee.

Why do you think the travel industry is ready for CultureMee?

The travel industry is ripe for an app like CultureMee.  Here are two interesting quotes which underline why we feel why we need to find ways to bring culture to the world of travel:

“The biggest lesson learned from talking to the high maintenance, highly connected travellers? They want the humanity back in travel.”

When asked by CNN Traveller in April 2017 what excites him most about the future, Air BnB Founder, Brian Chesky said:

“The idea of people discovering not places but other people. Objects or destinations don’t have the opportunity to transform you, but people do.”

These two quotes from two major travel industry influencers and leaders show that we really do need to bring the humanity back to travel.  There are thousands of apps for booking hotels, flights, and packages, but really very little focused on people, and that is at the heart of what we’re doing with CultureMee. 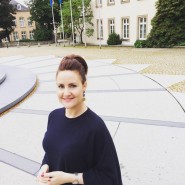