I love this Dutch proverb, which translates as “From a party, comes a party.”  It’s a great way to look at life, especially if you’re the glass half-full type.  Since first stepping into this wonderful country 6 years ago, the Netherlands and Amsterdam in particular has been very good to both Dee and I.

I arrived in 2011 to work in a finance role in a large Irish corporate, but since then I’ve found my passion for startups and CultureMee.

Along the journey, I met Dee, my incredibly inspiring, charismatic, energetic and downright amazing wife, soulmate (and boss!) and in October 2016, we were blessed with the arrival of our beautiful little daughter Rosa.

However, let’s go back to when I first arrived.  Having worked with a lot of Dutch people before I moved here, I knew they spoke excellent English.  However, I also appreciated that they liked to express themselves in their own language when talking to each other.   For this reason, I made a determined effort from day 1 to learn and speak Dutch.  One great piece of advice I was given was to try and speak Dutch during lunch, where you have the freedom to make as many mistakes as you want.  With effort and a lot of support from my former CRH colleagues, it wasn’t long before I got more confident in speaking the language.

I noticed quite quickly that a number of expats struggled with some aspects of Dutch culture, in particular the direct nature of many Dutch, who are among the most direct in Europe.  Irish people are famously indirect (similar to people from the UK in this respect), so naturally this can cause quite a bit of culture shock for many people when they arrive.

Luckily for me, in my own family, my mother was always well able to “call it as it is” while my father was more indirect, so I was used to seeing the two different approaches to life.  This helped me balance my own cultural tendency to be indirect with the Dutch directness.

Reflecting on these last few years living in the Netherlands, I’ve definitely come to appreciate more the benefits of being direct (with an Irish twist I hope!), especially in business.

I’ve had an incredible six years in the Netherlands, where I’ve lived in Delft, a small town with a big heart, and in Amsterdam, which has the feel of a big town together with a unique sense of freedom and energy.

I’ve grown up and learned a lot about myself in these few years, and it was with a heavy heart that we left Amsterdam in October 2017.  I will miss meandering through this beautiful city enjoying the charming canals and unique architecture on my wonky second hand bike!

I’ll also miss our first home, where we were lucky enough to have Vondelpark as our back garden.
Thank you Amsterdam and The Netherlands 🇳🇱 for the wonderful memories. 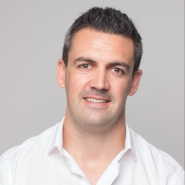